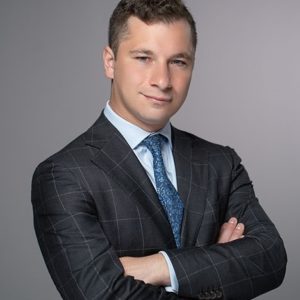 Yitzchak Zelman, Esq. is a partner at Marcus Zelman, LLC. Mr. Zelman graduated from Cardozo Law School in 2012, and has consistently been at the forefront of many emerging consumer protection issues ever since. Mr. Zelman has successfully litigated a host of complex matters ranging from personal injury claims and commercial litigation to the protection of employment rights, while his practice focuses on individual and class action consumer protection litigation, specifically including the Fair Credit Reporting Act.

Mr. Zelman’s expertise has been recognized nationally by his fellow attorneys, in addition to his frequent appearances as a speaker on consumer protection issues.