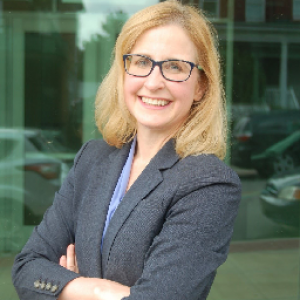 Christina Gill Roseman, Esq. is the founding attorney of Roseman Law Firm, PLLC, where she represents consumers in the areas of dealer fraud, lemon law and breach of warranty. Ms. Roseman has successfully tried numerous cases against vehicle manufacturers and dealerships, including a $500,000 verdict against Winnebago. Ms. Roseman has presented on the topic of auto fraud at the National Association of Consumer Advocates’ Auto Fraud Conferences in 2012, 2016 and 2018, and for the Women’s Bar Association of Western PA in 2015. Ms. Roseman presented on the Lemon Law for the Allegheny County Arbitration Division in 2012. She has also organized and been a panelist on numerous seminars on trial topics, including voir dire, expert witnesses and settlement negotiations. She is the co-chair for the NACA 2020 Spring Training Auto Fraud Track. She has been selected as a Pennsylvania Super Lawyer from 2014 through 2019. Ms. Roseman is licensed to practice law in Pennsylvania, West Virginia, Ohio, Wisconsin and Michigan. Roseman Law Firm, PLLC has offices in Pittsburgh, Pennsylvania and Morgantown, West Virginia.